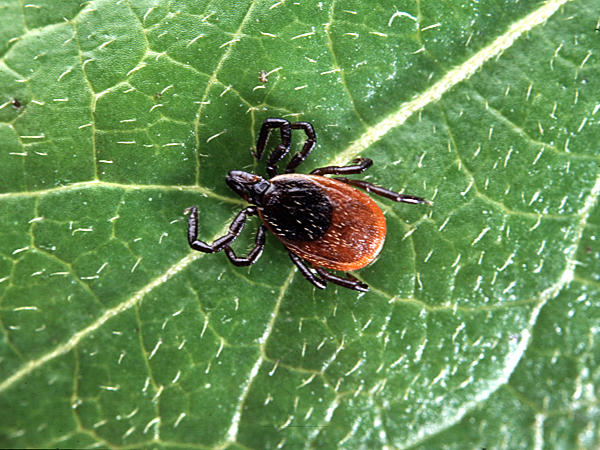 Deer ticks are tiny arachnid parasites about the size of a pinhead. They aren't insects: Ticks have eight legs as adults, whereas insects, by definition, have six legs. They live outdoors, usually in tall grass and weeds. Like ticks in general, they don't actually live on their hosts' bodies. They feed on their hosts, and then fall off into the grass or weeds.

If diagnosed early, Lyme disease usually can be treated effectively using antibiotics. But because its early symptoms are vague, many people don't seek medical attention right away; and Lyme becomes more difficult to treat as the disease progresses. This makes prevention of Lyme disease all the more important. 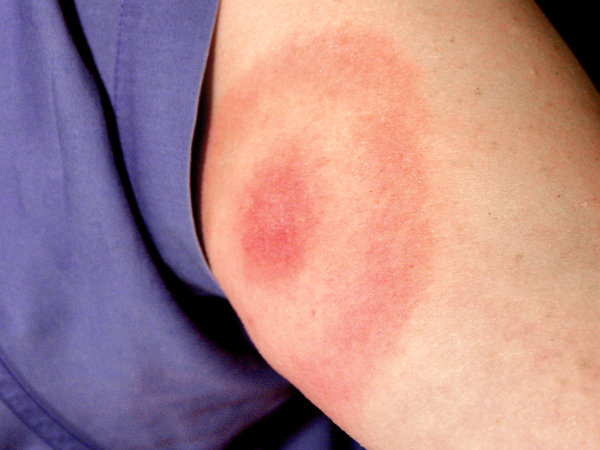 In most (but not all) cases, the earliest symptom of Lyme disease is a characteristic "bull's-eye" rash. The actual bite is at the center of the bullseye, but usually isn't obvious because it's extremely small. Any bullseye rash is sufficient reason for you to go see a doctor.

As the disease progresses, swelling and pain in one or more joints usually occurs. In late stages, cognitive disorders, sleep disturbances, fatigue, and personality changes may occur if the disease begins to affect the nervous system.

Further on down the line, symptoms may include arthritis, pain in the muscles and tendons, dizzy spells, short-term memory loss, and rashes on other parts of the body that weren't bitten.

If untreated, Lyme disease can lead to permanent disability, or even death. If you have any reason to suspect that you've been exposed to Lyme disease, see a doctor right away. Blood tests are available that can confirm or rule out Lyme disease.

Protecting Yourself Against Lyme Disease

Because the bacterium that causes Lyme disease is vectored by ticks, personal protection to avoid Lyme involves taking measures to avoid being bitten by ticks, and taking appropriate actions if you are bitten. These measures include:

Homeowners and others responsible for care and maintenance of outdoors areas can help reduce incidence of Lyme disease by taking the following actions: